Rajasthan is one of the first destination one thinks about visiting to have a firsthand feel of India. Baran is a small town in Rajasthan which is replete with the cultural fragrance Rajasthan is so famous about.

Tourists visit big cities like Jaipur, Jodhpur, Udaipur etc. but also love to peep into the daily routine and lifestyle of people living in smaller towns such as Baran. One can witness age old temples, forts, green agricultural fields, small scale industries, handicrafts and mining activities in such places.

Sitabari is a lovely picnic spot in Kelwara kasba. It is situated on National Highway road which connects Shivpuri and Gwalior. According to a legend, this is the sacred place where Sita mata lived after being sent to the jungles by Lord Ram. This is also where prince Luv and Prince Kush were born. Balmiki Kund, Sita Kund, Laxman Kund, Surya Kund, Lav-Kush Kund are all located here. In the forest, Sita-kuti can also be seen.

Most significant festival celebrated here is the tribal Sahariya fair organized in May-June every year. 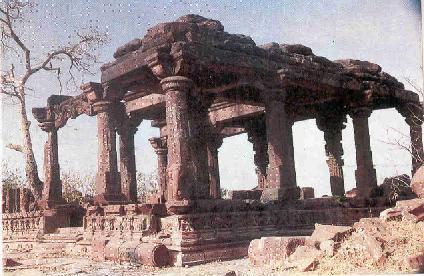 Kakoni is situated in Chhipabarod Tehsil and is surrounded on all sides by Mukundra mountain range. Parwan river flows near Kakoni and adds to the beauty of the place. The temples here are believed to be built sometime in the 8th century and are remains of Vaishnav, Shiv and Jain temples.

This is a temple dedicated to Lord Shiva. It was built in the 10th century and is referred to as 'Mini Khajuraho' temple. The architecture and design of this temple is akin to that of Khujraho. You will love to see Maithun Statues and the gushing water of the pond flowing nearby.

Worth visiting but for the heart wrenching legend associated with this tourist spot. According to the legend, Bilasgarh was a large city as a constituent of the Khechi kingdom. But since the daughter of king Khenchi was extremely beautiful, Aurangzeb sent his troops here after which the city was ruined. The princess ended her life in the Bilasi river. This very spot is known as Kanyadeah.

Water or 'dhara' flows all the time from the 'Gaumukh' in the mountains. You will be happy to be amidst natural beauty.

You will be surprised to see the miracle of nature here! For the past 400 years, akhand jyoti is continuing here. The cave has been formed out of a large natural rock where the idol of Brahmani Mata is kept. Shivratri festival is organized with aplomb every year here. 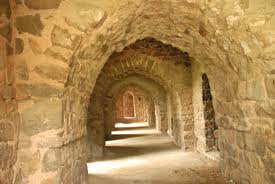 This tourist place is located in Atru tehsil, on the top of a hillock in the banks of Parban river. You will be able to see a stone edict of 790 AD. This place was previously known as Koshvardhan.
73 kms. from Baran, in Kishanganj tehsil is the Nahargarh Fort. Constructed out of red stone, this fort stands as a fine example of Mughal architecture.

The Shahabad Fort was constructed by the Chauhan Vanshi Dhandhel Rajput Mukutmani Dev in the century 1521, this fort is located in the Hadoti area. On both sides of the fort is the Kundakoh valley while on the other sides are ponds and high rocks. Earlier there were 18 cannons here. Also, Barudkhana and other temples in this fort can be seen even today.

Just a kilometre away is situated the Tapasviyo ki Bagechi with statues of Shivling and Nadiya. Although replete with natural beauty, this place which was previously used for betel farming is not properly maintained nowadays. 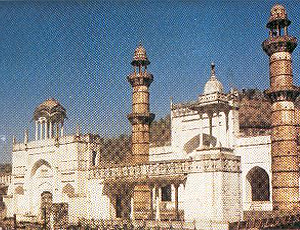 Other Tourist Places near Baran