Baran district has Madhya Pradesh state as its neighbour. It is bound by M.P. state on the North and East directions and by Jhalawar district (Rajasthan) on the South and South-West side. The total area of this district is 6955.4 sq. kms.

Kali Sindh, Parvati River, Parwan River, Andheri, Ban-Ganga are few important rivers of Baran district. Kali Sindh is a significant river of 'Hadoti' region. A large bridge has been constructed on this river near 'Palaytha'. Parwan riveris the auxillary river of Kali Sindh river. Parvati river enters the district from Kariyahat kasba of Chhabra Tehsil (Madhya Pradesh). It divides Kishanganj Tehsil from Chhabra, Atru, Baran and Mangrol Tehsils. Andheri river merges in the Parvati river near Atru. After passing through the east of Baran city and west of Bohat and Mangrol Kasba, the Ban-Ganga rainy river merges into the Parvati river.


Forest, Flora and Fauna in Baran

Important forests of Baran district are Sagavan, Kher, Salan, Gargsari. Total forest area is about 2.17 lacs hectare in this district, mainly in the south-western and central portion of the Mukundra hills. Wild animals such as Chinkara, Jackal, Sloth, Bear, Wild Bear, Langoor, Panther, Samber, and Chital are found in these forests. Birds like Bulbul, Saras, Sparrow, Teetar, Peacock, are also found here. Crocodiles and Snakes like Cobra, Passel, water snakes and Viper are found too.

November to February are winter months while summer is from march to mid June. Basically the climate here is dry type but the showers make the weather pleasant always. So, monsoon season stretches from mid of June to September and October to mid of November are post monsoon months. Best time to visit Baran and neighbouring towns is during the months of September to March. 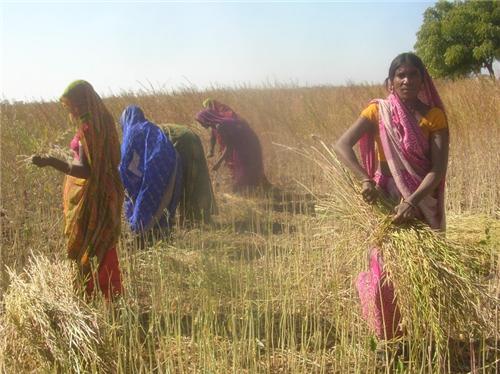 Baran is mostly an agriculture based city. However, with passage of time, infrastructural and industrial growth can be witnessed here. There are many agricultural based units, leather units, paper and products, textiles, machine and machinery units, embroidery, jute based units, petroleum based mineral units, rubber and plastic units, silk, artificial yarn clothes and wool units and metal based units which can be found commonly in this region.

Weat, coriander, mustard, maize, grams and soyabeans are the main crops of this district.

Limestone, sandstone, Red Clay, glass sand, dolomite and kankar are the main minerals found in and around Baran.